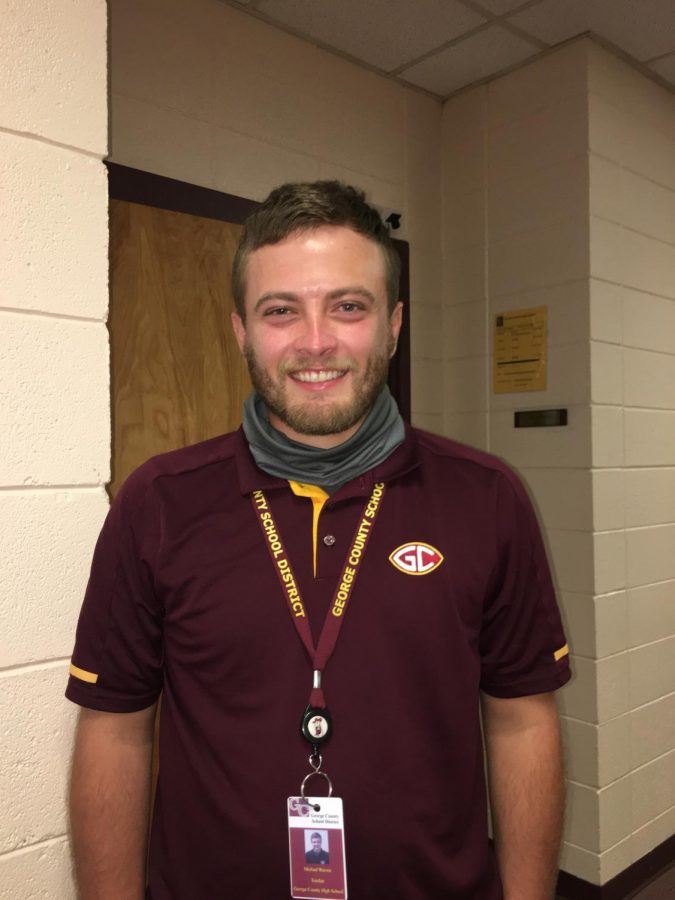 In addition to instructing, special education teacher Michael Warren has been coaching track for 10 years since college.

Furthermore, Warren is coaching cross country for his first year at GCHS, along with coaching girl’s track in the spring. He has won several championships throughout the years he has coached.

“ We’ve had some good momentum the last few years, so I want to keep that moving,” Warren said.

Some of the goals Warren has set for this year is to get cross country going well. Also, he’s wanting to accomplish tasks they have not been able to before.

“ Watching our kids succeed on one of the goals for the season is always a good memory,” Warren said.

Since graduating from GCHS in 2009, Warren is overly appreciative of being able to return to the high school. He describes his feelings by stating it is so great to be back where he grew up, home. Currently, he teaches 10th grade special education. Previously at George County Middle School, Warren taught an ICT computer class for seventh graders.

Much of his inspiration for striving to become a finer coach and an educator came from the coaches he grew up around.

“ I just wanted to have the same impact on kids’ lives that my coaches had on me,” Warren said.

As a result of COVID-19’s impact, making sure students do not fall behind is one of Warren’s priorities. This is because there are not going to be days available to counterbalance the days of work missed.

In the time that Warren has in between watching two small children and teaching, he enjoys golfing every now and then. In addition, he also favors going on runs.

When reminiscing about greatest accomplishments, Warren believes that his is surviving eight years as an educator. His favorite thing about being a teacher is seeing the variety of students he corresponds with.